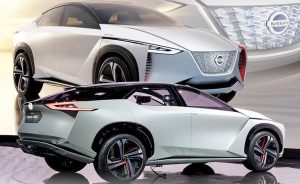 Nissan introduced the first mass-market battery powered electric vehicle, “The Leaf” ten years ago.  However, Nissan has been surpassed by competitors with EVs that have longer range and more power. Now, Nissan wants to catch up by launching a second EV in the United States with a bigger range and more power than the Leaf.  The vehicle will also have updated technologies.

The new EV is expected to arrive in the second half of 2021, and will be one of eight battery-powered models Nissan plans to launch globally in the upcoming years. At a dealer meeting in August, Nissan gave their retailers a look at the EV.  It has been reported that the vehicle is a 5-seat car with a 300-mile range that can go from 0 to 6 in under 5 seconds.

The vehicle is described as a compact crossover that looks similar to the Rogue on the exterior, but more like the Murano on the interior. Their second EV will launch joins other automakers who are doing similar such as Audi, Tesla and Jaguar. Analysts believe the electric crossover segment is likely to keep growing for the next few years. 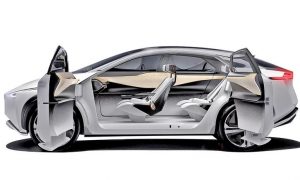 Sam Abuelsamid, an analyst at Navigant Research, said “the market is more likely to want an electric crossover in 2021 than it is in 2019.”

Because of the range, the vehicle will be competitive with non EV vehicles.  Nissan was the first to market a battery-powered vehicle with the Leaf in 2010.