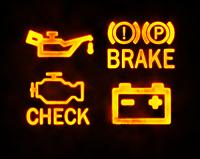 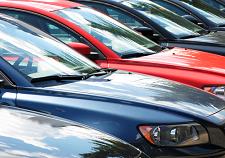 Dealing with an auto collision can be stressful and confusing — and if you’ve survived the accident without a scratch, you still need to get out of harm’s way. END_OF_DOCUMENT_TOKEN_TO_BE_REPLACED 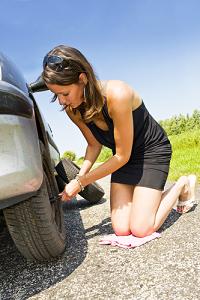 Even if your driving has been event-free for years, you’ll have an issue eventually. You’ll get a flat tire, your battery will die, or you’ll get stuck in the snow. If you’re a member of an auto club, you can always call for help. But face it, there are some things you should just know how to do. END_OF_DOCUMENT_TOKEN_TO_BE_REPLACED

When you’re shopping for a used car, you have an endless array of choices. To help you wade through all the options and find the right car for your needs, here is a speedy guide to choosing your next used car. END_OF_DOCUMENT_TOKEN_TO_BE_REPLACED

There are an estimated 2 million semi trucks on the road today, and together they carry almost a third of all freight in the United States. The food you eat, the clothes you wear, the gas you put in your car and even your car itself were likely carried at some point on the back of an 18-wheeler. END_OF_DOCUMENT_TOKEN_TO_BE_REPLACED 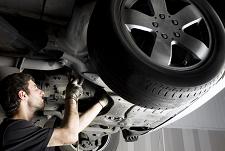 No matter how reliable your car may be, the odds are high that it will end up in a car-repair shop at some point. When you’re deciding which repair shop to go to, it is a good idea to do some research and make sure you choose a shop that can be trusted to do the job right. END_OF_DOCUMENT_TOKEN_TO_BE_REPLACED 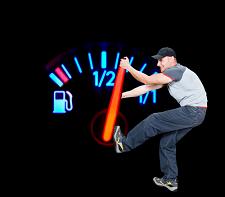 Though finding a great deal on a car or SUV is important, some people also manage to save money by employing smart driving practices that improve fuel economy. END_OF_DOCUMENT_TOKEN_TO_BE_REPLACED

CINCINNATI, OHIO (December 10, 2012) – Tis the season for “December To Remember” and the Big Red Bow holiday advertising. However, based on recent December car-shopping patterns, should we be placing big, green eco-friendly bows on the top of those vehicles?

According to vehicle search patterns and lease transfer data from national car-leasing firm, Swapalease.com, the previous two Decembers have shown an uptick in eco-friendly vehicle preference compared with luxury model demand. In 2011, Swapalease.com processed an additional 5.5% luxury vehicle transfers in December compared with November. In a similar analysis for non-luxury and eco-friendly vehicle transfers, that percentage jumped 26.4% between the two months.

“The data is significant because leasing generally skews higher for luxury models, and December has traditionally been a good month for luxury vehicle shopping activity,” said Scot Hall, Executive Vice President of Swapalease.com. “Looking at the larger picture, we aren’t terribly surprised because of all the emphasis that’s been placed on smaller cars with better fuel economy and additional features.”

Vehicles such as the Ford Focus and Escape, as well as the Chevrolet Cruze and Toyota Prius are among today’s non-luxury vehicles that boast strong fuel economy. What’s more, these cars are equipped with technology and features that rival luxury models and fuel economy has improved noticeably for both smaller and mid-size sedans.

Luxury vehicle brands such as Lexus, BMW and Mercedes-Benz each boost the volume of their marketing during December to take advantage of the holiday shopping season. All three brands enjoy among the top transfer volume on Swapalease.com throughout the year, which makes the focus on this particular trend even more noteworthy. 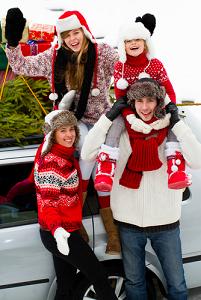 Across much of the country, the potential for snow, ice and severe cold makes winter driving a challenge. So if you’re planning a holiday road trip, keep some tips in mind. Proceed with caution, and you’ll arrive safely at your destination. END_OF_DOCUMENT_TOKEN_TO_BE_REPLACED

Congress will not pass self-driving car bill in 2018

Congress announced that they will not vote on a bill to speed the introduction of self-driving... more»

What Happens When You End Your Car Lease Early

So you have come to the point where you can’t quite make your monthly payments and need to... more»