Ford is recalling approximately 350,000 trucks and SUVs across the United States due to possible rollaway concerns. The recall includes 2018 Ford-F-150 and 2018 Ford Expedition vehicles with 10-speed programmed transmissions and also 2018 Ford F-650 and F-750 medium-heavy work trucks with six-speed automatics.

The issue includes a clasp that bolts the gearshift cable to the transmission. On some damaged trucks and SUVs, the clasp may not be completely balanced, and it could inevitably be removed. On the off chance that that happens, the transmission could be in an unexpected gear in comparison to what the driver chose. The driver could move the truck into park, and with out the proper bolts, thee truck could conceivably roll away. Ford said it is aware of one accident and damage associated with the issue.

Customers affected by the recall should take the vehicle to a local dealership, where technicians can investigate to check whether the clasp has been incorrectly placed.

A different, substantially smaller recall that includes a potential rollaway issue affects 161 Ford F-150s, Expeditions, Mustangs, and Lincoln Navigators. Ford said affected vehicles could be feeling the loss of a roll pin that is connected to the park pawl rod guide cup to the transmission case. Without the pin, the transmission could in the long run lose the capacity to be locked in a park, even with the shifter display saying that it’s in park. These are the affected vehicles:

Ford said it doesn’t know about any accidents because of this issue. For affected vehicles, merchants will review the transmission and replace it with a roll pin if necessary. 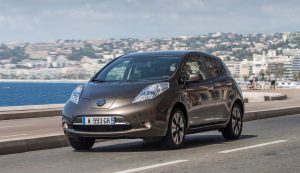 With several growing trends in the automobile world, electric cars are beginning to gain a lot of attention, and many seem to be replacing old-fashioned combustion engines during this process. Given some of the overwhelming media coverage headlines, a lot

of people may be thinking that petrol and diesel engines are destined for the scrap heaps. However, the reality is quite different. Yes, the car industry is enjoying some remarkable change in the manufacturing of innovative automobiles, yet still, experts believe there is much more ahead for the industry.

The recent Frankfurt Motor show in Germany has again been inundated by the need for electrification in the automotive industry. Brands like Volkswagen announced in certain terms that it would build electrified versions of every model under its range by 2030. Automotive powerhouse Daimler, the parent company of Mercedes also announced that it would have electric versions of its models by 2022.

Although electrification has been gaining popularity in the automobile world, this trend equally comes with a lot of limitations, as countries will have to start investing in infrastructures that will fuel electric vehicles.

While electric car enthusiasts are anxiously rooting for this technology, it is important to note that electrification will have to wait a little longer before it finally kicks diesel and petrol engines to the back burner. While automobile companies are embracing this technology, they aren’t looking to get rid of diesel or petrol engines.  They are simply promising to manufacture electric versions of all their car brands.

For people who have little knowledge of the technology, it is important to know that while electric vehicles can be referred to as fully electric battery powered cars, they can also be used to describe hybrid-powered cars. Anyone who knows anything about hybrid cars, will inform you that hybrid comes in many forms. For instance, plug-in hybrid comes with a large battery capacity and can entirely run on electric power for some time, although it also has a petroleum engine. There are also full hybrid electric car like the Toyota Prius that powers electric motors with a conventional engine. The difference with this type of electric car is that you don’t need to plug it in for a recharge.

For people who may wonder why it will take some time before cars become fully electric, it’s mainly due to the fact there are several laws that comes with the adoption of a new technology. Governments have to invest into infrastructures that support electric vehicles, which is costly and time consuming.

It has often times been said by dealers that “everything begins when you sell a car.”  However, is this term still true into 2018? Is it worth dealers cutting deals and losing 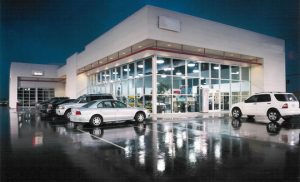 cash on an initial sale, with the hope and expectation that the dealer might pick up a service customer?

When actually, fixed operations speak to approximately 15 percent of automotive dealer income. However, focusing on the maintenance of vehicles is scarcely on the radar of numerous automotive dealerships.

Most dealerships focus on sales because that is the means by which they achieve the highest return in the shortest amount of time. It’s the lucrative but more fun side of the business. It’s where sales-people learned a crucial skill: how to negotiate with the processing plant as well as haggle with the consumer.

One of the best tactics to ensure consistent revenue, is to provide the customer with incredible service.  This keeps the dealership clients satisfied, and thus they continue to take their next car back to the service department in which they are satisfied, regardless of whether they bought their car from that particular dealership or not.

Auto resale services such as CarMax won’t repair the cars that they sell. Neither will a dealership like Nissan that became tied up with Nissan’s high-volume sales technique, and doesn’t have the accompanying service capacity.

Throughout the coming three years, many predict that the dealership’s prosperity will depend less on the number of new vehicles they offer, and more on the number of client pay repair orders they satisfy- as well as how well they deal with and leverage their inventory.

April is National Car Care Month.  As Spring approaches, many cars are not ready for the summer months after a long cold winter.  Salt and harsh road conditions are corrosive to metal, and destroy the clear coat on your paint, which makes your car lose value.  April is the time to maintenance your vehicle before the summer months.

From a business perspective, vehicle maintenance is a money making industry.  Basic maintenance fuels millions of dollars into the automotive industry ever year.    Vehicle registrations grew in the United States by over 27.36% last year according to Country Economy.  Although not all vehicles require a mechanic, simple maintenance and upkeep such as waxing can add extra dollars to the pockets of auto-dealers.

Basic maintenance and upkeep can go a long way in improving the safety and dependability of your vehicle, as well as helps to avoid costly repairs in the future.   According to AAA, the average American spend approximately $792 per year on the maintenance of their vehicle.  Neglecting your vehicle only adds to expenses, and may be the reason for increased costs in years to come.

Some simple steps that car owners can take to avoid costly repairs are:

The key to maintenance is following your owners-manual, as well as vehicle service schedule for the proper times to maintain your automobile. 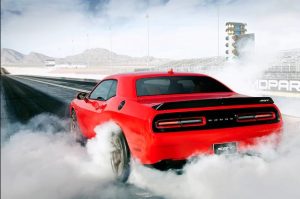 Earlier this week, the Environmental Protection Agency (EPA) released its final determination in its mid-term review of greenhouse has emissions that will govern new passenger vehicles sold in the United States from 2022-2025.  The agency decided that the standards are too high, and now plans to lower them.

Many news articles have been written about the EPA and the decision, and it seems that auto companies wanted to revisit the standards.  The reason may not be about improving auto standards but rather innovating the credit market.

“The agency’s January 2017 Determination was completed at a time when the trends and data…showed that the majority of the major car-manufacturing companies were “over-complying” with their relative GHG compliance requirements and building up credits. EPA’s latest data show that starting in MY 2016, many companies, for the first time, had to rely on credits in order to comply with the program. While these companies did remain in compliance, they are relying on banked credits which suggests that it may be increasingly difficult for them to comply going forward as they use up their supply of credits. Additionally, the stringency curve dramatically increases at around the same time these credits could run out, further complicating the feasibility of compliance for MY 2022 – 2025.”

At the time that this determination was made, the industry as a whole was producing vehicles whose performance was already above the standards.  As a result, companies were focused on greenhouse gas emission shortfalls.  When the oil prices crashed in 2014, American consumers began purchasing more SUV’s and pickup trucks that were less efficient than cars. Because trucks are less efficient than cars and generally more costly to improve, compliance levels started to drop. Following the oil drop, incentives on flex-fuel vehicles expired.

While the EPA discussed these developments as indicative of a problem, the credit system was still working as intended. The credit provided flexibility and the ability to reduce compliance costs in the event of a plunge in gasoline prices.

Part of the problem has to do with the kids of vehicles that companies sell in regards to the EPA rule.  The three biggest U.S. auto companies that were major credit consumers in 2016 were GM, Ford, and Chrysler.  Moreover, some of the big three will soon likely be out of banked credits. After consuming 13 million tonnes of credits in 2016, GM, for instance, had only 19 million left entering 2017. Chrysler and Ford are in similar situations. These companies were all likely consumers of credits again in 2017, though EPA has not yet publicly released that data. 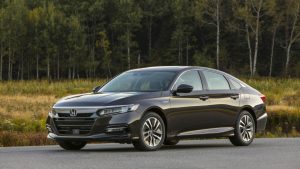 As of March 2018, Honda announced that the Honda Accord is not selling as well as anticipated.  Honda is asking dealers to help move their Sedans off the lot, and because of the slow sales- will also halt production in spurts over the next few months.

According to popular news source Automotive News, Honda is telling its workers at their Marysville, Ohio plant to take two days off per month from April to June. Honda will extend it’s summer shutdown in July by five days, making for a total of 11 days that production will idle for the Accord.  As an alternative to days off, employees can opt to work jobs not related to production on those 11 days instead. A Honda spokesman told Automotive News, “This is just really business as usual and we’re adjusting production down to match the market condition at this moment.”

The market shows that consumers are starting to favor crossovers over sedans, so it’s expected that the Accord is experiencing a drop in sales.  This February, Honda sold 50,178 copies of the CR-V crossover but just 37,430 Accords. On March 1, Honda had a 104-day supply of Accords, which is quite high compared to the industry average of about 70 days. And it’s particularly high by Honda’s standards.

Honda typically stays away from offering incentives to buyers, however time will tell if the automaker plans to move or cut down on inventory.  Earlier this month, Honda announced that they were “pleased with the growing market share and top transaction prices that the all-new 2018 Honda Accord is garnering in its segment.”  However, they plan to “work collaboratively with dealer partners to ensure the overall value proposition with each of our products is competitive in the marketplace.”

Just as the Auto Industry Revives Itself, Worker Shortages Impedes the Process

In today’s current climate, companies and employees alike have seen how the Coronavirus continues... more»

For years, Nissan has been vowing to change the American full-size pickup market with a vehicle... more»