We all know the iconic Volkswagen VW logo that marks some 150,000 vehicles on the road today.

While the design of the Volkswagen logo has gone through several updates in the past, the most common logo seen today is from the 2000 design. This, however, is about the change.

On September 9, 2019 Volkswagen introduced a new logo design to replace the current logo that has been the face of the company for over 15 years. While the general concept for the logo is roughly the same, the new logo is said to give a “friendlier” feel to the company (according to Volkswagen). 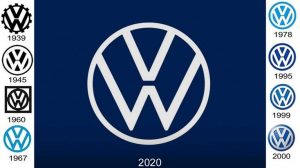 The new Volkswagen logo is said to roll out in 2020 and will be featured on regular cars, advertisements, and their brand new ID.3 electric car.

In addition to the subtle yet profound changes in their logo, VW also plans on featuring a women’s voice in their commercials; stating the brand name in a “sound logo” for the first time in the company’s history.

While you may be questioning the significance of these logo changes, Volkswagen gave viewers an inside look into the vision behind the new logo. 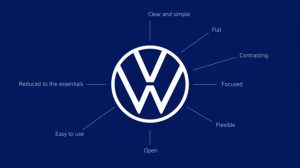 In short, the new Volkswagen logo is aimed at giving consumers a fresh and friendly spin on the logo we have known and loved for decades. Will the new logo attract a fresh young crowd of consumers? Or are the changes too subtle to make a true impact on the companies overall performance? With 2020 rapidly approaching, the true significance of Volkswagen’s logo will soon be put to the test.

When you hear the words “electric” and “self-driving” what is the first car that comes to mind?

If you said Tesla, think again.

Mercedes Benz unveiled its new concept for their new electric self-driving car set to launch in the near future. While electric cars seemed to dominate the 2019 Frankfurt auto show, the Mercedes Benz Vision EQS largely took the spotlight. 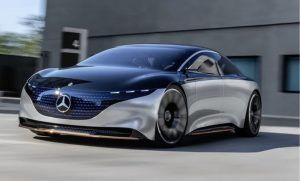 Perhaps the most striking feature of the Vision EQS is the two tone color scheme separating the top and bottom of the car. While the bottom of the car features a shiny, chrome-like surface, the top of the car is a stunning, glossy black color that gives the vehicle a polished feel.

According to Mercedes Benz, the Vision EQS was inspired by the classic design of a luxury yacht. It’s design is so sleek, it’s almost as if it can glide through the water. Along with its sleek body, the luxury car also features an impressive LED light display. The grill includes 940 individual LED lights along with the 500 high-performance LEDs producing a floating 3-D impression, according to Mercedes Benz.

All in all, the Mercedes Benz EQS is sure to give the Tesla Model S a run for its money. With its sleek design, impressive LED lighting, and quick charging time, the Vision EQS is sure to give consumers a “vision” into the future of luxury electric automobiles.

BMW is back with a innovative spin on the 4-Series coupe. BMW unveiled the concept vehicle at the Frankfurt auto show on Tuesday, September 10. The most notable design upgrade to the 4-series is the larger, flashier grille that (some say) resembles the shape of a kidney. 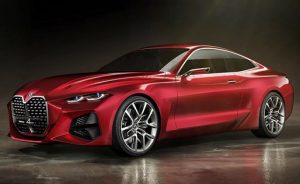 ​In addition to the design upgrade, the new BMW 4-series coupe also includes a stretched wheelbase, curved roofline, and short overhangs. BMW describes their new 4-series model as “elegant and dynamic,” but will it be enough to improve the recent 30 percent decline of sales (according to JATO Dynamics)? BMW seems to think so.

Another notable design feature of the 4-series coupe is the sleek LED light that runs across the width of the vehicle, designed to make the car look more “brawny” according to the company. BMW also followed the trend of many other luxury car brands, minimalism. The slender rear view mirrors blend seamlessly with the window lines of the car, leaving them virtually invisible at first glance.

The all-new Land Rover Defender has been given a serious makeover. The cutting edge off roading vehicle made its first appearance on Tuesday, Sept. 10th at the Frankfurt auto show.

While the vehicle lineup will not be completed until 2021, consumers can expect to see the 110 five-door model with five, six or seven seats at the beginning of next year and continuing in the second half of 2020 with the three-door, short-wheelbase version with five or six seats. 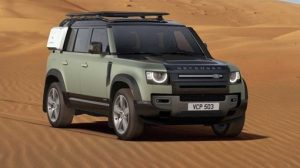 In terms of price, the 2020 Land Rover Defender is the most expensive model yet. The Defender starts at a base MSRP of $49,900* and can get substantially higher depending on the technology and design of the vehicle. While this is may seem like a steep price increase from the first Defender model, it is still moderately lower than other Land Rover vehicles which are sometimes priced as high as $90,900* MSRP for the new base model Rage Rover.

The new Defender is considerably longer and wider than the previous-generation model, which was originally born as an agricultural vehicle in 1948. The three-door Defender 90 is closer to the length of the previous-generation five-door 110 model. The new model’s wheelbase is 101.9 inches, and it is 180.4 inches (including the spare tire on the tailgate) long, 78.6 inches wide and 77.5 inches high. 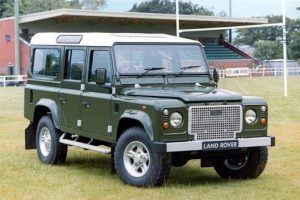 The 2020 Land Rover Defender features a brand new infotainment system with full smartphone connectivity along with a navigation pro system and ClearSight ground view technology included with the standard 3D surround camera. In addition to the cabin interior technology, Land Rover also equipped the Defender with its largest set of tires. With a diameter of 32″, the Defender is rugged, durable, and ready for adventure.

With many states considering imposing a fee on Electric Vehicles, drivers may be left with a much heftier bill than those with regular gas vehicles.

According to an article by autonews.com, state legislators see annual fees on hybrid and electric cars as a way to offset gasoline tax revenue lost from having more of those vehicles on the road. While many states are still in the beginning phases of imposing this fee, 26 states with proposed or existing electric vehicle fees expect consumers to pay upwards of 3x the price of the annual gas tax. In states like Arizona and Texas, electric vehicle drivers can expect to pay more than 200% higher fees than those with vehicles that run on gasoline. 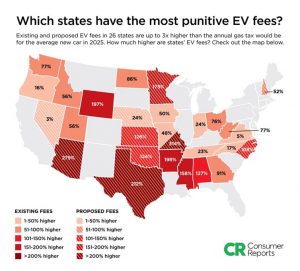 According to Consumer Reports, these states have implemented or proposed EV fees of various rates depending on what the state legislation deems appropriate.

“Clearly the trends are not favoring the gas tax both in terms of fuel economy and inflation, and those two forces are really what’s driving down the revenue and what’s causing problems for states,” said Chris Harto, Consumer Reports senior policy analyst. “Right now, it’s not EV adoption.”

While the fees for owning an electric vehicle are becoming more and more costly for consumers, the proposed fees are only expected to generate 0.04 percent of all highway state funding (in states with a >200% fee). This underwhelming number begs the question, are the EV fees really about highway funding? Or does the lofty expense help to put money back in fuel companies pockets?

While this is still an ongoing debate, it’s no question that the imposed fee on electric cars is going to inevitably deter some consumers. One way to attract EV drivers, however, is to impose a lower fee on vehicles. Arkansas Department of Transportation spokesman Danny Straessle told Automotive News the state expects to raise $2 million from higher registration fees for hybrid and electric vehicles, a policy he said started as a fairness concept.

Evidently, the truth is in the numbers. The states that treat their drivers with “fairness” when it comes to the fee imposed on electric vehicles have more EV drivers, in turn, bringing more revenue to the state along with less carbon emissions into the atmosphere. States with fees that are more steep however, are suffering from less EV drivers, meaning not only less state income, but a heavily polluted environment for citizens.

If you’re driving a new or nearly new car, odds are it knows quite a bit about you. Much like... more»

Autonomous Cars: Even the Millennials are Losing Faith