No, that shiny new car isn’t a necessity, but we want it- and some Americans are willing to go great lengths to get it. What new car owners see is the new car, immaculate interior, and the odometer at 5 miles. What many drivers do not see is that new-car loans are more expensive than they’ve ever been before. Aside from that, many are rolling their old loans into new loans, which is a recipe for financial disaster.

According to a report by The Wall Street Journal, only 18 percent of households in the United States can afford to pay cash for a new car. With so many people living beyond their means, it’s easy to get caught up in an unfavorable car loan. What’s difficult is having the willpower to buy a used car when many consumers want a new car. 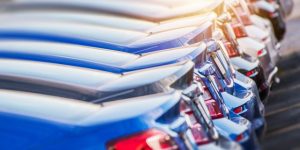 According to Experian, the average new car loan was $32,119 during the second quarter of this year. For a used car, it was $20,156. Of those with loan payments, over seven million people are 90+ days behind on their payments. To make matters even worse, The Consumer Financial Protection Bureau estimates that 42 percent of all car loans made in the year 2017 were 72 months or longer, with the average loan length for new cars at 69 months.

With the country swimming in $1.2 billion of auto debt, it’s easy to get caught up in the mess. While some monthly payments may seem small, the overall price of many loans (including monthly taxes, fees, etc.) can become much higher when interest is added. According to the Wall Street Journal, average interest rates are at 10 percent for used cars and 6 percent for new cars. A third of all car owners now roll their debt into new loans, compared to only a quarter of car owners before the 2009 recession.