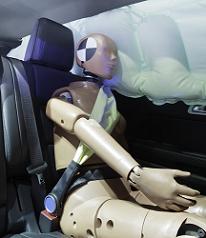 Over the past few decades, auto airbags have gone from an experimental option available only on a handful of vehicles to a standard safety feature nearly as prevalent as seat belts. Auto airbag engineers are far from finished, though, as the number of new innovations in airbag technology is greater now than ever.

Some auto airbag advancements, such as “smart” airbags that deploy at different rates depending on the size of the person in the seat, have already become mandatory features on all new cars. Other new airbags that are currently in the works, or available only on select models, include:

As they become available, you can find these auto airbag technologies on newer and often higher-end luxury vehicles. You can find such vehicles with affordable and flexible lease terms through our lease transfer system at Swapalease.com. To learn more, please contact us today.