Chinese auto sales hit a 4-year low when they fell for the 12th consecutive month in June.  Fiat Chrysler, Ford and General Motors are among the manufacturers that are seeing losses, as well three recorded the worst first-half sales in several years.

Chinese auto sales declined 9.6% each year to 2.06 million in June.  The decrease in the January-June period was from 12.4% to 12.32 million units according to the China Association of Automobile Manufacturers.  Sales of 26.29 million vehicles in the 12 months to June were down 11.3% on the year before, and were the lowest for the period since 2015-16.

Chinese electric-vehicles sales however did remain strong. That part of auto sales rose by 50% from the January to June period, accounting for 617,000 units and 5% of the total auto sales, according to data. 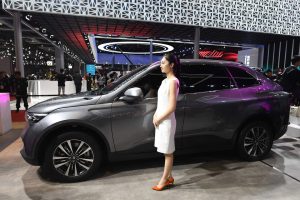 General Motors reported a 15% sales drop in China in the first half of the year, while Ford sales were down by another 27%.  Sales of Fiat Chrysler-owned Jeep were down by 41% in the first five months of 2019 as well.