Autonomous vehicles are becoming increasingly popular among drivers in the United States and across the globe. Automakers are pouring millions of dollars into developing fully-autonomous vehicles for consumers.

While automakers are working rapidly to push out new vehicles with autonomous capabilities, whether consumers will be receptive to the changes is still widely unknown. We’ve all seen Tesla’s massive success over the past few years, becoming the top-selling plug-in car manufacturer with over 101,000 units sold is no small achievement for the relatively new company. Despite this success, however, many traditional drivers have proven to be reluctant to hop on the fully-autonomous bandwagon. 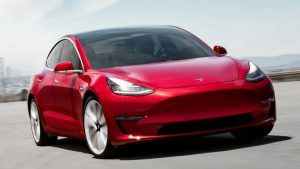 According to a SAE International survey on public perceptions and preferences for autonomous vehicles, 73 percent of respondents prefer to share control of their vehicle. Additionally, a whopping 92 percent of survey participants said it is a requirement to have an emergency stop function ready to be activated by the driver if needed.

While most consumers are excited about the new developments in automation, consumers are still conflicted on whether or not they prefer self-driving car brands. According to the SAE, autonomous vehicles are a safer experience than driving a human-driven car. This same survey found that only 6 percent of participants have driven a self-driving car in the past. This, most likely because of the notoriously high price-point put on these vehicles.

Surely autonomous vehicles will become cheaper as more hit the market in the coming years. According to another consumer study done by J.D Power, over two-thirds said they have “little to no knowledge” about autonomous vehicles. This unfamiliarity with autonomy is the driving factor for people’s doubts about the cars. Once consumers begin to realize just how safe these vehicles have proven to be as opposed to regular human-driven cars, their confidence and excitement for the future of autonomy is sure to increase dramatically.

All in all, the biggest roadblock for autonomous vehicles is consumer’s doubt surrounding them. While some drivers are skeptical, many others are eager to get behind the wheel and try it for themselves. With proven environmental benefits and safety improvements, our doubt for autonomous vehicles may soon be a thing of the past.