When thinking about leasing a BMW, one of the first things that people ask is “How much does it cost to lease a BMW?”

The cost of leasing a BMW depends on the type of BMW you are wanting to lease. There are many different models of BMW sedans, convertibles, coupes, sports wagons, and so much more.

Swapalease has many available leases for different models of BMWs, including:

The MSRP prices are based on the 2019/2020 editions of these vehicles.

The monthly payment cost of leasing a BMW with Swapalease is a wide range from around $200 per month to $2001+ per month. The monthly payment amount fluctuates depending on which car leases are available. There are also many different cash incentives and car lease deals that are available and make leases even cheaper and more affordable. Swapalease also offers car leases that are generally lower than the car leases offered at your local BMW dealership.

The cost of leasing a BMW depends on many different factors, including the model of the car, the miles per month, the months remaining on the lease term, the year of the car, and so much more.

You can find which BMW you want to lease by the category.

Some of these categories at listed below:

Normally lease terms are around 36 months. However, since Swapalease is a car lease transfer company, the lease terms have a wider range because the availability of car leases depends on who is submitting in their current car leases.

When deciding to lease a BMW, there are a few things to consider. People should make sure that leasing the BMW car truly would be more reasonable than buying the car.

Some benefits of leasing a car include lower monthly payments, the ability to drive a new car every few years,  and no obligation to pay for any major car repairs. Monthly lease payments during the lease term tend to be cheaper compared to monthly auto loan amounts and interest rates during the loan term. The money factor, which is the finance charge, with the lease term will vary. 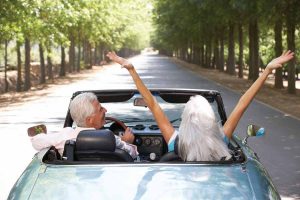 If you are somebody who enjoys driving different types of cars every few years, leasing cars gives you the chance to do so. Since you are only driving the car for a short period of time, some car manufacturers do not require you to pay for the regular maintenance appointments. You might still be required to pay a security deposit, taxes, and other fees related to leasing. However, if you want to drive the car for more than only a few years or if you think that you might drive more than 12,000 miles every year or cause excess wear and tear on the car, then purchasing the car might be a better option. The fees of excess wear and use and excess mileage can be very expensive to pay for a car that you are only leasing and not keeping.

Leasing a car is normally suggested for people who want to drive the car for less than six years. There has been data shown that once you start driving the car for more than six years, it would have been more cost-effective to purchase the car. After six years, the amount of money that you would spend on monthly payments for that car through leasing would have been the same, if not more, than the price of the car itself if you had decided to purchase it and take out a loan for it. Furthermore, if you decide to purchase the vehicle, you now own the vehicle. You are spending money to own something, rather than spending money on renting a car for a prolonged amount of time. The final decision of leasing or buying is personal and dependent on one’s own life situation.

If you’re considering leasing a BMW, Swapalease can help you find the best car lease deals so you can drive the car that you want. Swapalease also offers BMW financial services. Contact us with any and all of your car lease questions and concerns. Call us at 513-381-0100!