We’ve all heard (and seen) the buzz around the Tesla Cybertruck. But Tesla isn’t the only automaker taking the industry by storm. Automakers like Rivan, Bollinger Motors and Hercules Electric Vehicles also plan on launching their on electric pickup trucks in the near future.

Perhaps the most (or second most) highly-anticipated electric trucks to hit the market is the Rivian R1T. Rivian is a Michigan-Based startup company that is currently in the process of ordstown Motors has a licensing deal with Ohio-based automotive company Workhorse to build an EV pickup called the Endurance at GM’s former assembly plant in Lordstown, Ohio.  Production is expected to start in late 2020.

With investors such as Amazon and Ford Motor co., Rivian is expected to be big competition for Tesla and their new Cybertruck.

In addition to Rivian, GM and Ford are also planning to roll out their own premium electric pickups beginning in late 2021. With all these electric vehicles hitting the market, the automotive market is expected to change drastically. Seemingly everyday, there’s a new electric vehicle hitting the market. Even “rugged” off-road vehicles such as the Jeep Wrangler are offering hybrid options as part of their 2020 vehicle lineup. This “rugged yet eco-friendly” message automakers are sending is very new for the automotive industry. For years, rugged vehicles and pickup trucks were notorious for being gas guzzling diesel machines. 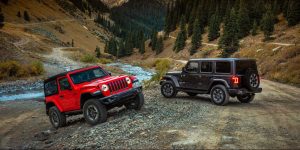 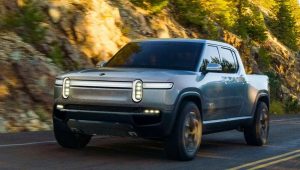 While most electric vehicles are still sedans, electric sports cars and pickup trucks are gradually being introduced to the market. Between the Rivian R1T and the brand new Tesla Cybertruck, there is surely plenty to be excited about for the future of the automotive industry.