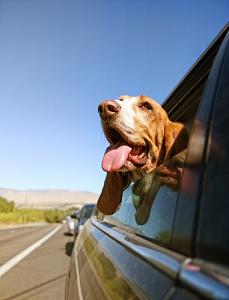 Summer can be hard on your car’s fuel economy, especially if you live in a hot southern state such as Arizona or Florida. It takes energy to keep your car’s interior cool, and that energy comes from the engine and the fuel it consumes.

So which advice is correct? As with many debates, the answer is: It depends.

A big reason for the windows-versus-A/C debate is because the answer can be different depending on how fast you are driving.

The aerodynamic drag created by rolling down the windows increases as your speed increases. The wind resistance is negligible at 25 miles per hour, but becomes a major issue at 70.

An air conditioner, on the other hand, uses about the same amount of fuel per hour regardless of how fast you are driving. If you increase your miles per hour, therefore, you actually decrease the air conditioning cost per mile. It still hurts your gas mileage at highway speeds, but not by as big of a percentage.

Different vehicles also react differently. A truck, for instance, is not very aerodynamic even with the windows up, so rolling the windows down will not change your fuel economy as much as it would for a sleek coupe. Larger engines will also not be affected as much by turning on the A/C.

If you are intent on getting the best summer fuel economy possible (while still staying cool), your best bet is to:

What will really save you fuel, though, is to swap vehicles and get a newer, more efficient car. To find out how, contact us at Swapalease.com.