According to the National Highway Traffic Safety Administration (NHTSA), the vacuum created by the vacuum pump may decrease over time, thus interfering with the braking process. According to a 2018 investigation done by the NHTSA, this issue is said to have caused nine crashes and two injuries since the problem first began.

While this issue is said to occur only in “rare circumstances,” the danger of malfunctioning brakes is not one to take lightly. So what is GM doing to fix the problem? According to GM, dealers will reprogram the electronic brake control module with a new calibration that will improve how the system utilizes the hydraulic brake boost assist function when vacuum assist is depleted. 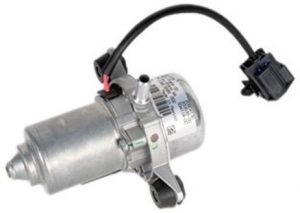 A normal-functioning brake vacuum pump  uses a vacuum to multiply the drivers pedal effort and apply that effort to the master cylinder. The vacuum can be generated in two distinct methods, dependent on the type of internal combustion engine, or other motive force (as in electric vehicles).

While this issue is still under investigation, the brake malfunction continues to pose a serious threat to consumers. If you or someone you know owns a recalled vehicle, contact your dealer right away. The sooner you get your brakes fixed, the sooner you can be on the road enjoying the car you love.