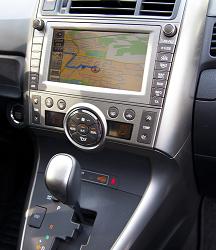 Since this technology has become such a big part of the driving experience, it’s worth taking into account differences between the systems when comparing lease vehicles. The features of these navigation systems vary widely, so you’ll want to compare each system’s options:

At Swapalease.com, you can search through thousands of listed vehicles to find one with all of the technological features, including in-dash navigation systems. Feel free to contact us today for more information.