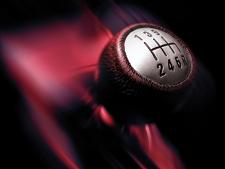 When it comes to choosing a new car, the vast majority of people buy a car with an automatic transmission. However, the higher gas prices and mediocre economy of the past few years have caused many people to take a closer look at manual transmissions. Manuals, after all, are supposed to be more fuel efficient and cheaper to own. But is that really the case?

Not necessarily. Changes in the automotive industry over the years have caused some well-known “facts” about manual transmissions to no longer always hold true. Below are three examples.

Manual transmissions are more fuel efficient
In previous decades, automatic transmissions did not shift very efficiently. They also often had fewer gears than their manual counterparts, and having more gears allows the engine to stay in a more efficient operating range.

However, automatics have become more refined over the years and have gained gears as gas prices have risen, with some manufacturers now offering seven- or eight-speed automatics.

Manuals still sometimes have EPA ratings that are one or two MPG better than their automatic counterparts, but the real-world fuel consumption is higher if you don’t know how to drive a stick efficiently. Fewer people know how to drive a manual at all, and many choose manuals because they are fun to drive, which doesn’t equate to fuel-efficient driving practices.

Manuals are cheaper
In some cases, new cars are still cheaper with the manual option. However, that means they also have a lower resale value. Throw in an eventual clutch replacement or two, and the total cost to own can often be higher.

Sports cars should always have manual transmissions
Tell that to BMW, Porsche or Ferrari. All of them are trending more toward high-tech automatic transmissions or automatics with the option of a manual override. That’s even the case with the fastest street-legal production car in the world — the Bugatti Veyron.

That doesn’t mean a manual transmission is a bad choice, but it should be an informed choice. To learn more about your late-model car options, contact us at Swapalease.com.