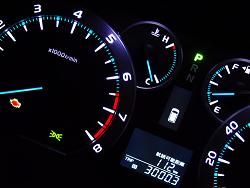 The resale value of a car goes down slightly with every mile it’s driven. The decline in value doesn’t follow a straight line, though. There are certain mileage milestones that have a bigger impact on the value of a car, causing the price to temporarily take a steeper dive.

After it’s driven off the dealer’s lot and officially goes from new to used, there are three mileage milestones that affect the value of a car:

The decreasing, variable resale value of a car is one reason why leasing makes more sense than buying. The residual value of a lease vehicle is contractually set at the beginning of the lease, and you can transfer out of or take over a lease at any time without the car’s value affecting the transaction. To learn more about the benefits of leasing and lease swapping, please contact us at Swapalease.com.