Volkswagen is in discussion with more than 15 companies to consider partners for an industry wide alliance. 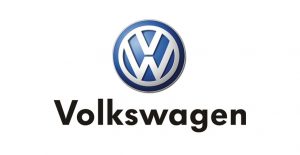 is looking to build a team with other automakers to develop self-driving technology. VW believes joining forces will help them to create an industry standard for autonomous driving technology and provide further legal protection in the case of accidents involving autonomous cars.

With the alliance, Volkswagen intends to bring products to the market that diminish damage claims. To create an industry standard, automakers would use the same sensor kit and software. The idea revolves around sharing costs, risk, and additional liabilities. If an automakers vehicle is involved in an accident, the company would have a greater chance to prove the vehicle is compliant with technical standards.

Autonomous cars are the future and the race to bring them to market is on. It may be difficult to bring competing engineers to work together on the venture but immense liability and regulatory complications that accompany autonomous intelligence provide good reason.

Concerns regarding damage claims and lawsuits involving autonomous vehicles elevated after an accident involving a self-driving Volvo being tested by Uber struck killed a pedestrian earlier this year. The car failed to recognize the pedestrian and brake.

A VW Group executive notes “I don’t believe we are the only ones asking ourselves if we really want to take on these kinds of risks”.